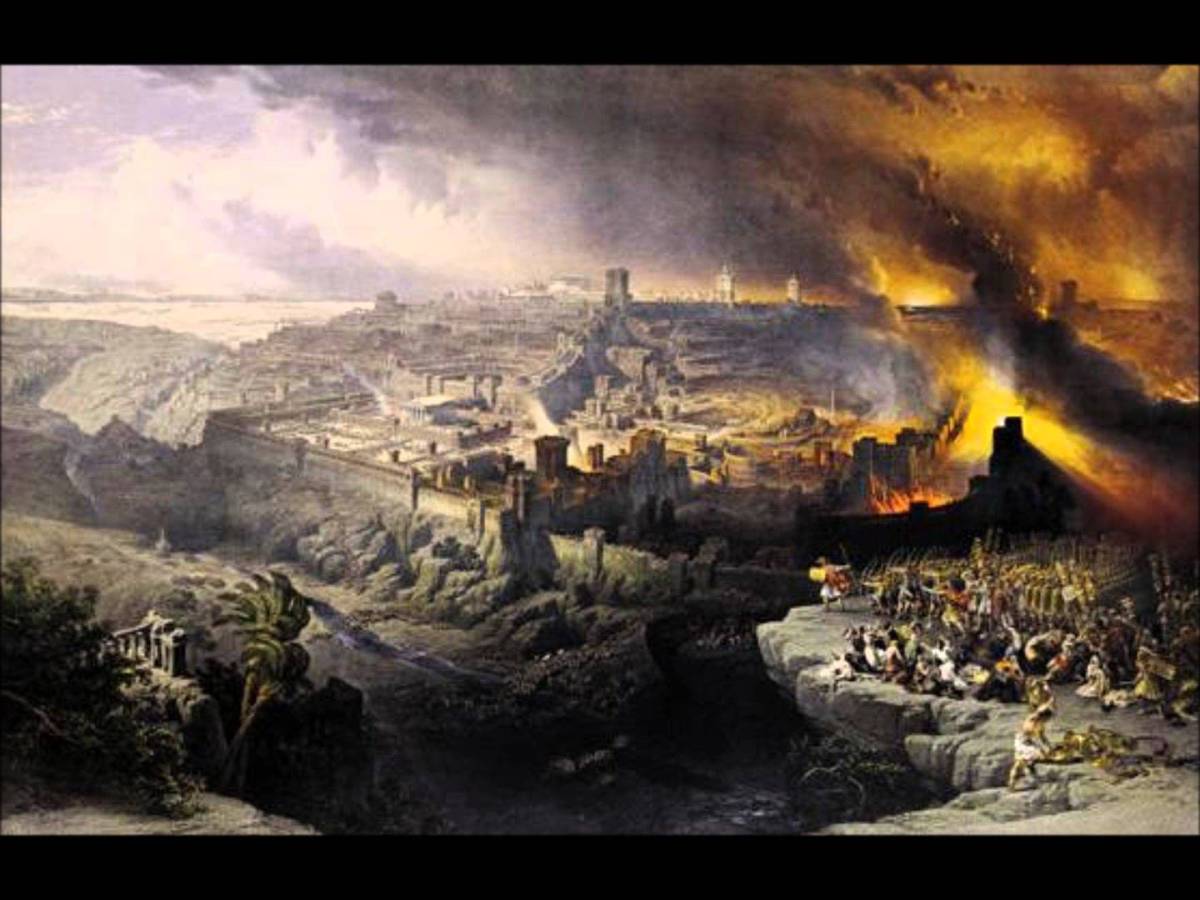 Rabbi Yehoshua ben Levi said: Why are the Sages of those generations called the members of the Great Assembly? It is because they returned the crown of the Holy One, Blessed be He, to its former glory. How so? Moses came and said in his prayer: “The great, the mighty, and the awesome God” (Deuteronomy 10:17). Jeremiah the prophet came and said: Gentiles, i.e., the minions of Nebuchadnezzar, are carousing in His sanctuary; where is His awesomeness? Therefore, he did not say awesome in his prayer: “The great God, the mighty Lord of Hosts, is His name” (Jeremiah 32:18). Daniel came and said: Gentiles are enslaving His children; where is His might? Therefore he did not say mighty in his prayer: “The great and awesome God” (Daniel 9:4).

The members of the Great Assembly came and said: On the contrary, this is the might of His might, i.e., this is the fullest expression of it, that He conquers His inclination in that He exercises patience toward the wicked. And these acts also express His awesomeness: Were it not for the awesomeness of the Holy One, Blessed be He, how could one people, i.e., the Jewish people, who are alone and hated by the gentile nations, survive among the nations?

The Gemara asks: And the Rabbis, i.e., Jeremiah and Daniel, how could they do this and uproot an ordinance instituted by Moses, the greatest teacher, who instituted the mention of these attributes in prayer? Rabbi Elazar said: They did so because they knew of the Holy One Blessed be He, that He is truthful. Consequently, they did not speak falsely about Him.

For the LORD your God is bringing you into a good land, a land with streams and springs and fountains issuing from plain and hill; a land of wheat and barley, of vines, figs, and pomegranates, a land of olive trees and honey; a land where you may eat food without stint, where you will lack nothing; a land whose rocks are iron and from whose hills you can mine copper. When you have eaten your fill, give thanks to the LORD your God for the good land which He has given you.

Franz Rosenzweig, “The New Thinking,” 131 – What makes The Star Jewish?

I have received the new thinking in these old words so, in them, have I given it back and passed it on. For a Christian, as I know, words of the New Testament would have come to his lips in­stead of my words, [while] for a pagan, I think, not words from his sa­cred books [would have come to his lips]—for their ascent leads away from the original language of mankind, not to it, like the earthly path of revelation—but perhaps [words] wholly his own. But to me, these [came]. And yet this is, to be sure, a Jewish book: not one that deals with “Jewish things,” for then the books of the Protestant Old Testament scholar would be Jewish books; but rather one for which, to say what it has to say, especially the new thing it has to say, the old Jewish words come. Like things in general, Jewish things have always passed away; yet Jewish words, even when old, share the eternal youth of the word, and if the world is opened up to them, they will renew the world.

And this is known as the oven of akhnai. The Gemara asks: What is the relevance of akhnai, a snake, in this context? Rav Yehuda said that Shmuel said: It is characterized in that manner due to the fact that the Rabbis surrounded it with their statements like this snake, which often forms a coil when at rest, and deemed it impure. The Sages taught: On that day, when they discussed this matter, Rabbi Eliezer answered all possible answers in the world to support his opinion, but the Rabbis did not accept his explanations from him.

Rabbi Eliezer then said to them: If the halakha is in accordance with my opinion, the walls of the study hall will prove it. The walls of the study hall leaned inward and began to fall. Rabbi Yehoshua scolded the walls and said to them: If Torah scholars are contending with each other in matters of halakha, what is the nature of your involvement in this dispute? The Gemara relates: The walls did not fall because of the deference due Rabbi Yehoshua, but they did not straighten because of the deference due Rabbi Eliezer, and they still remain leaning.

Rabbi Yehoshua stood on his feet and said: It is written: “It is not in heaven” (Deuteronomy 30:12). The Gemara asks: What is the relevance of the phrase “It is not in heaven” in this context? Rabbi Yirmeya says: Since the Torah was already given at Mount Sinai, we do not regard a Divine Voice, as You already wrote at Mount Sinai, in the Torah: “After a majority to incline” (Exodus 23:2). Since the majority of Rabbis disagreed with Rabbi Eliezer’s opinion, the halakha is not ruled in accordance with his opinion. The Gemara relates: Years after, Rabbi Natan encountered Elijah the prophet and said to him: What did the Holy One, Blessed be He, do at that time, when Rabbi Yehoshua issued his declaration? Elijah said to him: The Holy One, Blessed be He, smiled and said: My children have triumphed over Me; My children have triumphed over Me.

You shall neither side with the majority to do wrong—you shall not give perverse testimony in a dispute so as to pervert it in favor of the majority.

Who is mighty? He who subdues his [evil] inclination, as it is said: “He that is slow to anger is better than the mighty; and he that rules his spirit than he that takes a city” (Proverbs 16:3).

Chronicling the demise of parochial cosmopolitanism from a safe distance

The Book of Books

Where Judaism and Literature Meet

Who Knows One? By Moshe Daniel Levine

My take on philosophy, religion, politics, history, and the Jewish community... along with everything in between!

A little philosophy inclineth man's mind to atheism; but depth in philosophy bringeth men's mind about to religion (Francis Bacon)

A Travel Photo Blog for the Nerd in Us All

Blogging about Turkey and Israel, the two most interesting countries in the Middle East

Morethodoxy: Exploring the Breadth, Depth and Passion of Orthodox Judaism
The Orayta Blog

An open forum for Orayta students, alumni, rebbeim, and the general public, to discuss all things Jewish

The Beginning of Jewish Thought

The Book of Doctrines and Opinions:

notes on Jewish theology and spirituality

A Blog on the Hebrew Bible, the Book of Genesis, and the Life of a Biblical Scholar